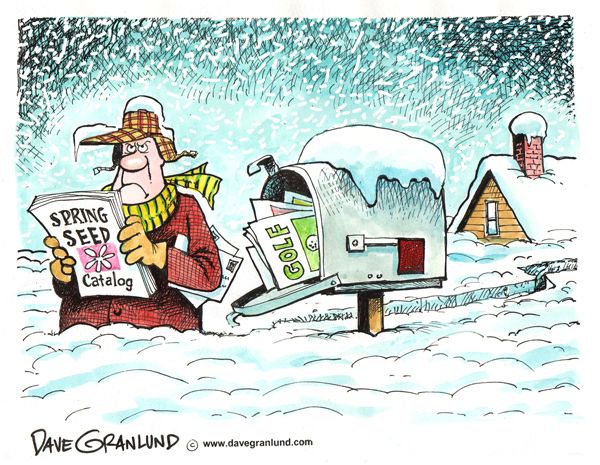 This explains her mysterious question. Kiyoaki and his father play billiards , then go for a stroll that reminds Kiyoaki of his father's former womanising. The marquis tries to persuade him to go with him to a brothel and he walks away in disgust. Later he cannot sleep, resolving to take revenge on Satoko for deliberately perplexing him.

We are shown Kiyoaki's bedroom: We can also see that Kiyoaki has three moles in a row on the left side of his back, a fact that becomes important in later books. In December, two princes arrive from Siam to study at the Peers School, and are given rooms by the Matsugaes. Chao P is deeply in love with Kri's sister, Princess Chantrapa "Ying Chan" , and wears an emerald ring she gave him as a present.

They ask Kiyoaki if he has a sweetheart and he names Satoko, although he has just sent her a "wildly insulting letter" the day before, in which he claims falsely that he has recently visited a brothel for the first time and has lost all respect for women, including her.

To save the situation, he telephones Satoko and makes her promise to burn any letter she receives from him. Chapter 7 describes Honda's stuffy household, and includes his musings on the Laws of Manu , which he has been required to study, and an anecdote about a second cousin, Fusako, who was caught making a pass at him at a family gathering. The two princes meet Satoko at the Imperial Theatre in Tokyo. She is courteous, and Kiyoaki concludes that she has burnt the letter. Chapter 9 portrays Shigeyuki Iinuma, a reactionary year-old from Kagoshima , who has been Kiyoaki's tutor for the last six years.

He bemoans his ineffectiveness, and the decadent state of Japan, while worshipping at the Matsugae family's shrine. Satoko's maid, old Tadeshina, promises to help. In Chapter 11, we are given an extract from Kiyoaki's dream-diary which predicts events in later books. One day in February, Satoko's parents travel to Kyoto to see a sick relative; taking advantage of this, she persuades Kiyoaki to skip school and join her on a rickshaw ride through the snow.

They kiss for the first time. When they pass the parade ground of the Azabu 3rd Regiment he has a vision of thousands of ghostly soldiers standing upon it, reproducing the scene in the photograph described in Chapter 1. Miles away, Honda has a similar premonitory shudder, seeing his friend's empty desk in the schoolroom. The next morning, they meet very early in the school grounds and have a long conversation in which Honda expresses his conviction of the reality of fate and inevitability. Iinuma hates him for this but accepts the arrangement.

Satoko writes her first love letter, and Kiyoaki, torn between his morbid pride and his genuine passion for her, finally replies to it sincerely. On 6 April , the Marquis Matsugae holds a cherry blossom viewing party for his friend Prince Haruhisa Toin, inviting only Satoko and her parents, the two princes, and Baron Shinkawa and his wife. The guests are depicted as ludicrously half-Westernised.

During a private moment, Satoko and Kiyoaki embrace, but suddenly Satoko turns away and spurns him, calling him childish. Infuriated, Kiyoaki tells Iinuma what has happened, and the tutor responds with a story which makes him realise that Satoko did indeed read the letter she was supposed to burn.


He concludes that she has been leading him on all along in order to humiliate him. Towards the end of April, the Marquis tells Kiyoaki that Satoko is being considered as a wife for Prince Toin's third son. Kiyoaki responds with indifference. The Marquis then announces to his son's surprise that Iinuma is to be dismissed: The same night, Kiyoaki has another predictive dream. Formal proposals quickly follow by mail. Kiyoaki is filled with satisfaction to see Satoko, Tadeshina and Iinuma drift out of his life; and he takes pride in his lack of emotion when Iinuma tearfully takes his leave, later comparing his own ultra-correct conduct with the elegant progress of a beetle on his window-sill.

The absence of Iinuma makes that year's omiyasama festival, commemorating Kiyoaki's grandfather, more perfunctory than ever. In the meantime, the Thai princes have moved from the Matsugae household to private dormitories on the grounds of the Peers School. Kiyoaki tears up the one last letter he receives from Satoko.

One day, his mother leaves for the Ayakura villa in order to congratulate the family, casually informing him that the marriage to Prince Harunori will now definitely go ahead. All of a sudden he feels emotionally shattered, and spends the next few hours in a daze.

This is the turning point of the novel. He takes a rickshaw to the Ayakura villa, and, making sure his mother has left, sends for Tadeshina. Astonished, she takes him to an obscure boarding-house in Kasumicho where he threatens to show Satoko's last letter which he tore up to Prince Toin if she does not arrange a meeting. Three days later, he returns to the boarding-house and encounters Satoko; they make love; to Tadeshina's despair, he demands another encounter. Kiyoaki goes directly to Honda and gives a full account of everything that has happened.


His friend is amazed, but supportive; not long afterwards, a visit to the district court solidifies his decision not to involve himself in the drama of other people's lives. At this time, Chao P loses his emerald ring at the Peers School. Kri insists that it has been stolen, but the prefect forces the pair to search through square yards of grass in the rain. This incident prompts them to leave the school. The Marquis Matsugae, fearing that they will leave Japan with unpleasant memories, asks them not to return to Siam immediately but to join his family at their holiday villa at Kamakura for the summer.

It is there that the subject of reincarnation is brought up for the first time, in conversations between Kri, Chao P, Honda and Kiyoaki.

Kiyoaki has a third major prophetic dream. Records from the last five decades show that on average, spring snow is disappearing earlier in the year than it did in the past, with the most rapid declines in snow-covered area occurring in June. Across the Northern Hemisphere, the total area covered by snow during March and April has also shrunk over time. Explore this interactive graph: Click and drag either axis to view different parts of the graph. To squeeze or stretch the graph in either direction, hold your Shift key down, then click and drag.

This graph source data shows average area covered by snow in the Northern Hemisphere during March and April as the difference from the average.

Therefore, the earlier decrease in snow cover increases the amount of sunlight absorbed by Earth, and in turn, surface temperatures. In step with earlier dates of spring budburst for many plant species, reduced spring snow cover is a sign that winter conditions are lasting for a shorter period while growing seasons are getting longer.

At regional and local scales, water resource managers, flood forecasters, and farmers are intensely interested in knowing how much water is in snow and when it will melt. Locally, snow provides moisture to soil and plants. On a larger scale, runoff from melting snow feeds streams and rivers that supply water for agriculture and cities.